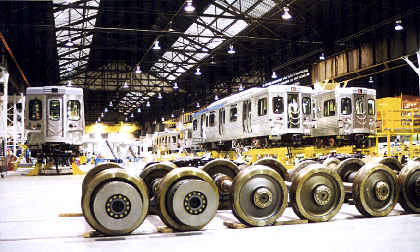 When Adtranz was formed in 1995 – initially a joint company of ABB and Daimler-Benz subsequently Daimlier-Benz Transportation Systems, now Bombardier – it took responsibility for this $285 million vehicle procurement contract which was over budget, behind schedule and had serious customer satisfaction problems. Intervention was required. John Reilly was tasked with management assistance and development of a process to establish better communications and working relationships between Contractor and Agency.

Using an adapted partnering / intervention process, John set up worksessions to establish common goals and objectives – addressing management and personnel concerns including conflicts, poor communication and working relations which had resulted in deficient design progress by the prior contractor – leading to customer dissatisfaction and unsatisfactory quality and productivity levels. Workout sessions for critical sub-suppliers were also held.