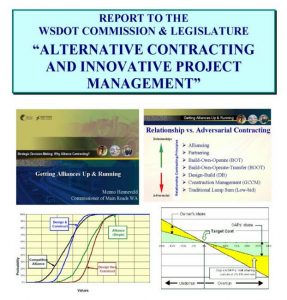 John has worked on Alternative Contracting and Delivery options for several US and International owners. These include the Washington State Department of Transportation, the Los Angeles Metropolitan Transit Authority, the new airport expansion in Lima, Peru and a new city in Dubai. He has presented papers on this topic at US and International conferences.

(Following are extracts and summaries from John’s papers and reports) 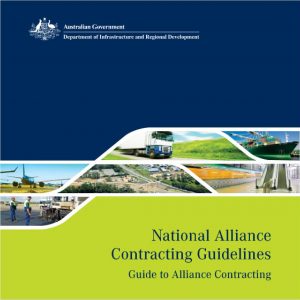 In the late 1980s, agencies worldwide began to make significant changes to project procurement techniques by considering “alternative” project delivery methods. These alternative methods eventually became primary contracting methods for many major projects in Europe, Asia and Australia. Additionally, as reported in the October 2002 Study “Contract Administration: Technology and Practice in Europe”, European highway agencies appeared to be better at exploiting the efficiencies and resources of the private sector, through the use of such processes as innovative financing, alternative contracting techniques such as Design-Build and Design-Build-Own-Operate-Maintain (and variations), Framework Contracting, Early Contractor Involvement, Alliancing, Concessions, Performance Contracting, and Active Asset Management. 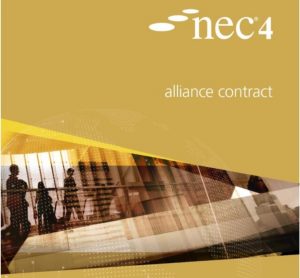 In the UK, NEC launched the new NEC4 Alliance Contract (ALC) at the NEC Users’ Group annual seminar in London on 20 June 2018

The Case for Alliancing (from John’s reports and papers) 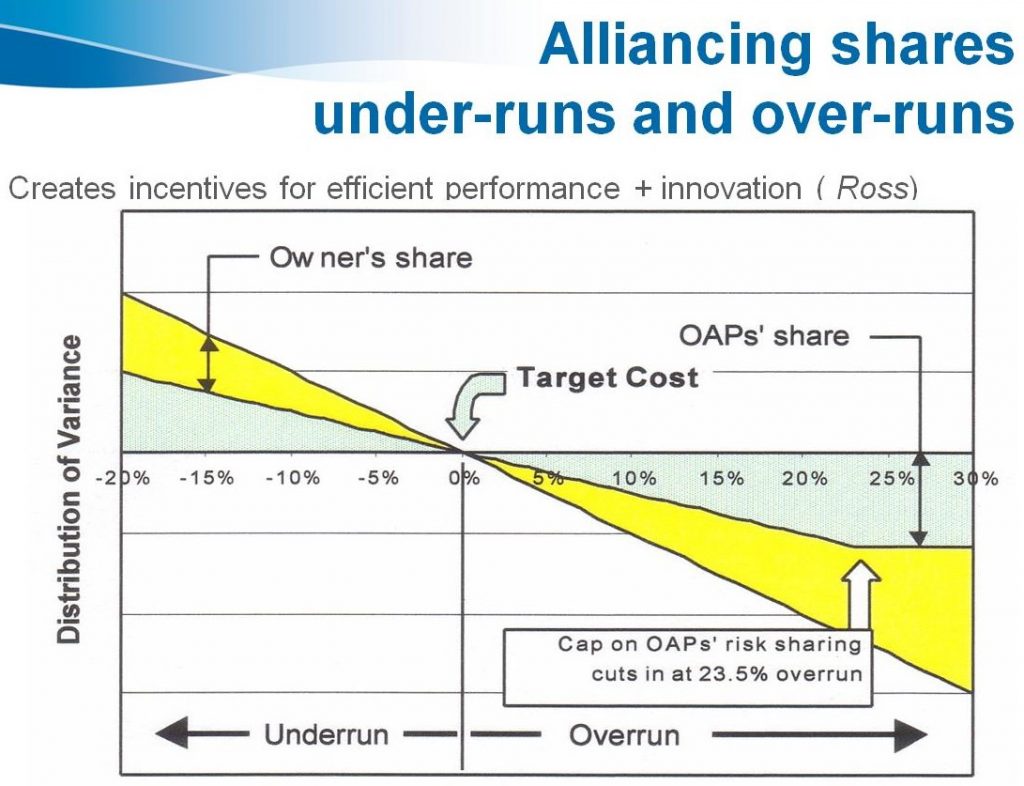 Alliancing is a very different form of designer-contractor-owner relationship than the conventional low bid approach. Alliance partners are chosen very early in the project development process, on the basis of quality, past experience, and price, using a pre-determined formula. The Alliancing process requires that the owner, designers, contractors and suppliers work together as a single team, with contractually defined risk-reward (pain-gain) provisions. The owner(s) and the service providers (contractors) assume collective responsibility for delivering the project against pre-agreed performance target outcomes.

The first recognized alliance projects were the British Petroleum Hyde Andrew Projects – offshore oil and gas platforms constructed in the early 1990’s. First estimate was £450 million, and at the point of approval to proceed with the alliance, the estimate was £370 million. The projects were completed 6 months ahead of schedule, with a final cost of £290 million.

In Australia, the Queensland Department of Main Roads, Port of Brisbane Motorway Alliance project established a Target Cost Estimate (TCE) of $A112 million. The final result was $A8.3m less (7.5%) than the TCE even including an increase of scope of approximately $A7m – representing a total saving of $A15.3m or 13.6% (Evans & Peck, 2003). The report notes additional value obtained through innovation, better design options and outcomes, better aesthetics, better “fit for purpose”, better quality of workmanship and, a focus on innovation and improvement rather than pursuit of claims. 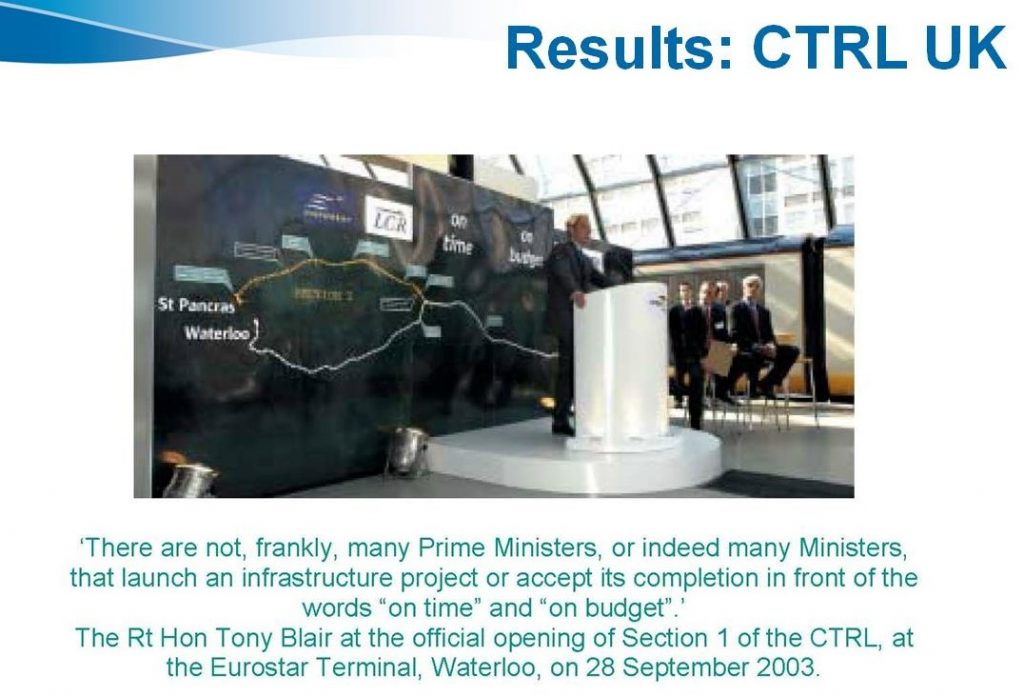 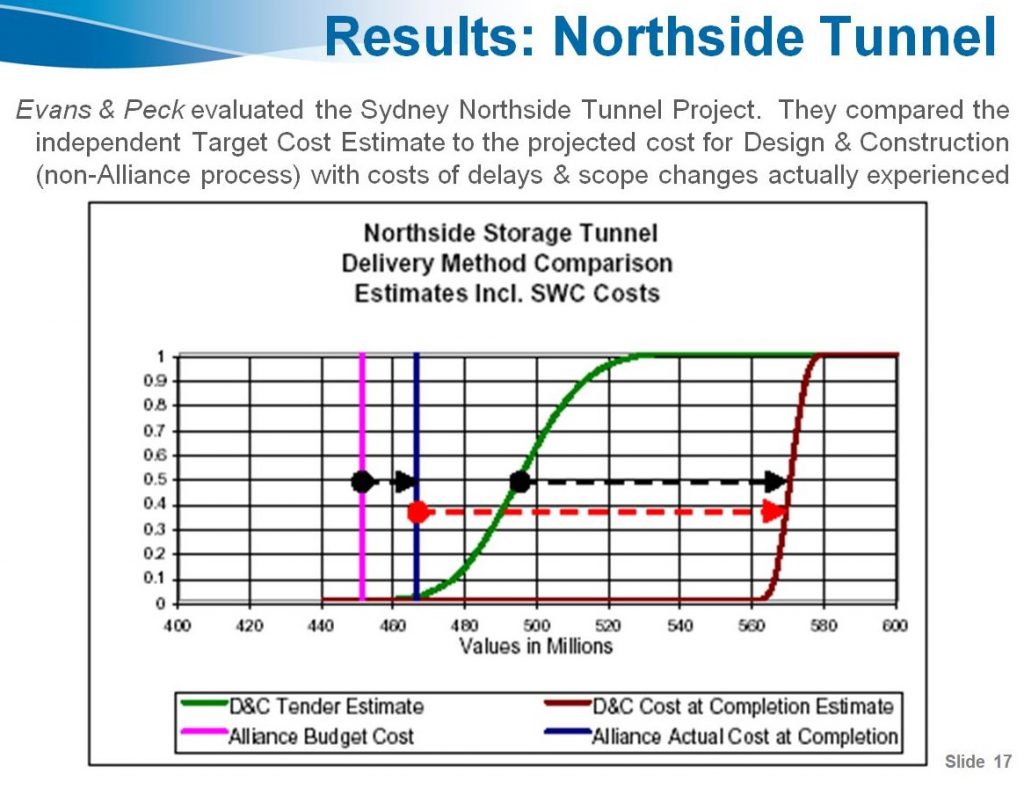 Because the alliance includes the owner, designer and contractor, concerns have been expressed about the lack of a contractual “arms-length” determination of cost and cost changes. Current legislation in the U.S. generally requires a fully-independent “low-bid” or “best value” determination – Alliancing therefore requires an independent validation of the contractual target cost, since Alliancing generally establishes the target cost only after selection of the contractor. The cost of setting up the alliance is a factor – this is more efficient for larger projects and the incurred cost needs to be balanced against the potential benefits.

Applications and considerations, Alliancing in the U.S. and Canada

The use of Alliancing in the U.S. and Canada has primarily been by the oil and gas production industry. For example, in Alberta, Alliancing is being used on the Calgary oil sands project, primarily due to the increased value perceived by the owner, who is requiring this approach to be used by contractors. (Reilly 2006).

In the U.S. the Washington State Department of Transportation (WSDOT) considered Alliancing and commissioned the 2008 report to the WA Legislature “Alternative Contracting and Innovative Project Management”, researched and drafted by John. He helped WSDOT to develop an approach for the SR 519 Road Project in Seattle to test elements of an alliance approach. In 2005, they solicited input from contractors and public-private-partnership entities, regarding alliance principles contracting for the large road projects of the Seattle Area, following successful results for the design-build Tacoma Narrows bridge replacement. Several of the responders indicated potential use of alternative contractual arrangements, including Alliancing.

SR519 was a $75 million road separation project in Seattle near the Stadiums and adjacent rail yard facilities. WSDOT, with guidance from John, formulated a phased approach to introduce collaborative/alliancing principles to the project. Alternative delivery methods were considered following John’s recommendations of how to move toward positive incentives and a more collaborative contracting environment: 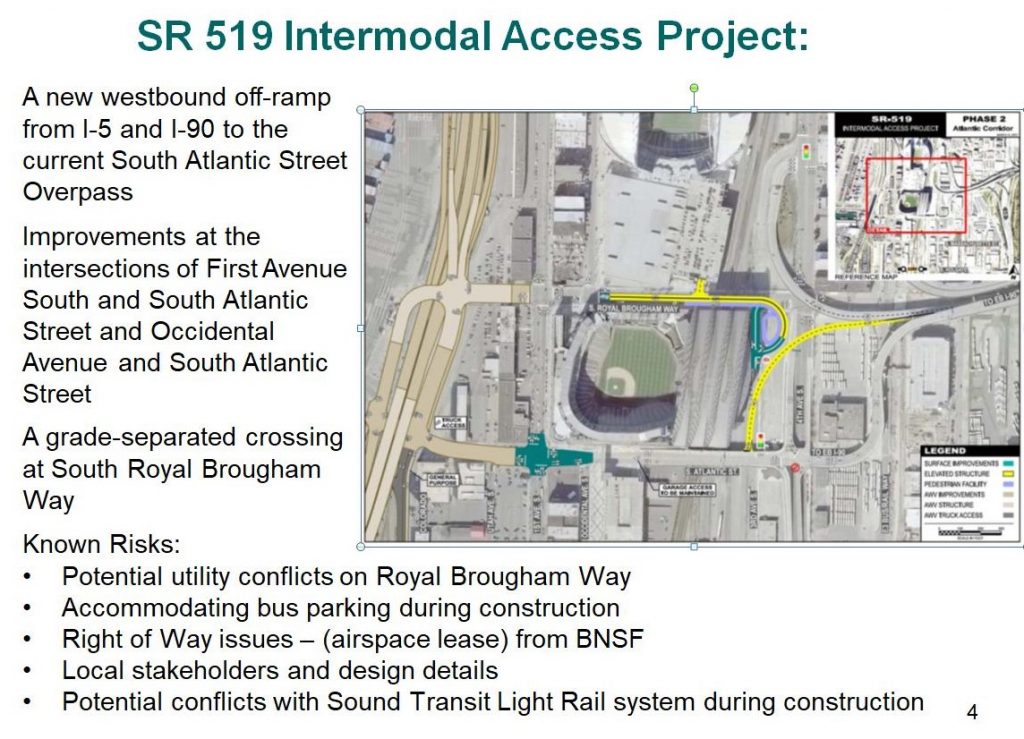 The approach taken was for WSDOT to design the project to a 15% design level prior to advertisement and, using a Cost Risk Assessment, provide a “Target Price”. The contractor, by entering a proposal, confirms they can design and build the project within the Target Price and can meet the project schedule. The actual contract will be a cost-plus reimbursement with an incentive (bonus) for completing the project below the Target Price and a disincentive (penalty) for going over the Target Price (pain-gain provision). Competitive determination of the successful proposal was to be based upon fixed fee (home office overhead and profit), schedule, experience and technical qualifications with adherence to minimum technical requirements.

The successful proposer, the “Design-Builder”, and WSDOT will work closely together during design finalization to enable the project to be delivered within the Target Price and schedule. It is proposed that the Design Builder takes all risk (disincentive) and reward (incentive) up to a preset dollar amount surrounding the Target Price, with the Design Builder and WSDOT sharing risk and reward beyond that amount. The Design Builder is not asked to provide a price including a lump sum for risk at any point during this process. The Target Price would include the base construction cost and allowances for risk items identified from the Cost Risk Analysis. 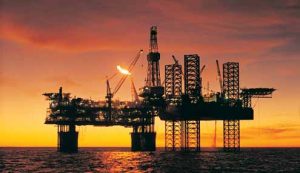 Australia’s first Alliance project – the Wandoo oil platform in Western Australia – was delivered using a non-price competitive process for selecting the team, and relied upon the behavioral principles of good faith and trust to create the desired alliance ‘culture’.:
This non-competitive cost approach was applied to other alliance projects in Australia, in particular the Sydney Water Northside Tunnel project. (Henderson 1999)

At that time, the initial environment for Alliance selection was based on the best team to deliver the project considering team capability to deliver the project to meet key objectives. Soft factors, such as aligned values and teamwork were part of the process. Hard money price competition was de-emphasized as this was considered detrimental to a focused, integrated collaborative working environment which was able to deliver “game-changing” outcomes. This approach has been modified to include competition in recent Allianced contracts.

Governmental requirements to demonstrate VfM have moved the Alliancing process more in the direction of including cost (and other) competition over the last decades. An example would be where 2 teams are selected (Phase 1) based on qualifications and compatibility but then compete on price and other (e.g. risk management) factors for one team to be selected to deliver the project.

Competitive Requirements – this consideration has evolved since the early more qualification-based selections in the 1990’s in the UK and Australia. In February 2006 the Institution of Civil Engineers UK (ICE) published a Target Version Form of Contract, which included the positive aspects of Alliancing, while preserving, suitably adapted, the classical ICE format and most importantly the competitive tendering process.

Competitive requirements are articulated in several guidelines and documents including the NEC4 document, the Australian 2015 “National Guide to Alliance Contracting” (Section 5.3 – Tender Selection Criteria) and the State of Victoria “Project Alliancing Practitioner’s Guide” (2006).

A summary of these requirements from the 2015 National Guide follows:

“The Owner’s selection of the NOPs is based on a number of tender selection criteria which cover both non-price and price elements of the project. The tender election criteria should be developed to suit the objectives for each specific project.

Although the weighting and importance of price for a project can vary, depending on the project and the related circumstances, price needs to be included in the overall evaluation of a tender for both contractors and consultants. Price should be a key selection criterion for differentiating suppliers. Public sector multi-million dollar contracts are normally signed in circumstances where the risk exposure to the government is well dimensioned and government’s contract costs clearly defined.

Any departure from using competition on the outturn price as a key tender selection criterion for a proposed alliance project or program represents a departure from government policy and therefore requires a formal exemption to be approved.

If the Owner considers that the public interest may be better served through restricted contestability and/or limited competition, then the rationale should be documented and approval sought for an exemption in accordance with the applicable government policies. This exemption would usually be sought as part of the Business Case for the project. Certain ‘exemptions’ are traditionally recognized where full contestability (e.g. a sole supplier situation) and/or full competition may not actually be possible or a more limited approach will better satisfy the public interest.”