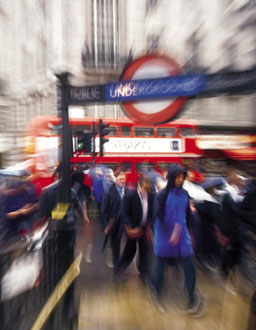 Metronet was a consortium made up of five companies.

With the onset of the 30-year-old Public Private Partnership (PPP) contract, it was responsible for upgrading, replacing and maintaining two-thirds of London Underground’s infrastructure – trains, stations, signalling, track, tunnels and bridges.

The London Underground lines to be upgraded with the new signal system are:

SSL – Metropolitan, District, Circle, Hammersmith & City and East London routes which were originally excavated as cuttings and subsequently covered to form tunnels (the oldest form of underground railway in the world).

The scope of the work was immense. In the first seven and a half year term of the contract, Metronet was programmed to spend around Â£7 billion on the upgrades to the BCV and SSL lines that’s Â£2.5 million every day. Over the 30 year life of the contract Â£17 billion was to be invested with the goal of providing a world-class, safe and reliable Metro for London.

The initial session was held between Bombardier and Westinghouse to initiate partnering and focus on key actions necessary to execute the work. Task Teams were quickly formed to develop specific topics including Program Management, Organization, Systems and Design engineering and Commercial working in a partnering mode. This partnering approach optimizes process to focus on the required key actions – that’s “learning partnering by doing”.

The second partnering session included Metronet, expanding the Partnering Team and advancing previously identified action items with the addition of high-level risk items (initial identification of technical risk items had already begun). Results of an extensive questionnaire on programme needs and issues were presented and the partnering process was advanced by agreement of the “Partnering Charter” document.

Subsequently, in 2007, it was apparent that the Metronet could not deliver in accordance with London Underground expectations and that the PPP would be taken over by London Underground – who had been uncomfortable with the PPP structure. Of the 5 areas that Metronet was working, the signal system contract, which had a separate contractual arrangement (not an alliance) was not in the same position as the other 4.